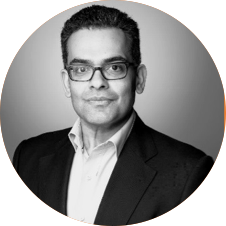 Managing Partner, RYSE AM – Member of the Investment Committee

Shabir has a long and established track record of building and managing asset management businesses across Europe. He was CEO and Founder of Noble Asset Management Ltd and, prior to this, Co-Founder and Head of Sales and Marketing for PCE Investors Ltd. Previously, Shabir worked within the Prime Brokerage and Equity Finance business of Merrill Lynch and the Equities business at Morgan Stanley.

Shabir holds a BSc (Hons) in Biochemistry and an MBA from Imperial College London.

This email address is being protected from spambots. You need JavaScript enabled to view it. LinkedIn 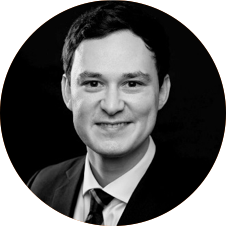 Managing Partner, RYSE AM – Member of the Investment Committee

John is a physician, research scientist, clinical engineer, and venture capital investment manager. Since 2003, he has worked across the public and commercial healthcare and life sciences sectors. He has published widely, co-authored medical textbooks and international policy documents, and is a panellist and podcast speaker. As a neuroscience PhD student, he developed an implantable biotech device at Oxford University, is a serial tech entrepreneur (consumer goods and enterprise services), and an NHS Clinical Entrepreneur Fellow. As an audiology specialist, he served as partner for Specsavers Optical Group during their expansion into hearing care and is an angel investor supporting the UK innovation economy.

This email address is being protected from spambots. You need JavaScript enabled to view it. LinkedIn Google Scholar

Head of Investment Analysis, RYSE AM – Member of the Investment Committee

Filippo heads the investment analysis at RYSE Asset Management. His main responsibilities include due diligence and portfolio selection, capital raising and bespoke investment vehicle and solution structuring. Between 2015 and 2017 Filippo was in charge of developing the Delta One desk of Louis Capital Markets and previously worked for Hollbeach Investment Management and UniCredit holding roles in London, Munich and Milan.

Filippo holds a BA in International Economics as well as a MSc in Quantitative Finance from Bocconi University.

This email address is being protected from spambots. You need JavaScript enabled to view it. LinkedIn

RYSE AM – Member of the Investment Committee

He has an MBA from the Wharton School and a degree in economics from Bocconi University. 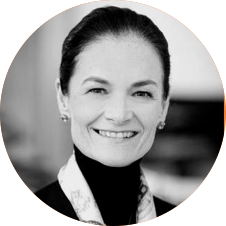 Annalisa has approximately 25 years of experience in building and leading teams that advanced programs from scientific research through clinical development, regulatory approval and into healthcare systems globally. Until recently, Annalisa was Chief Executive Officer of Dimension Therapeutics, a gene therapy company focused on developing novel treatments for rare diseases.

Dr. Jenkins has a degree in Medicine from St Bartholomew’s Hospital, served as a Medical Officer in the British Navy and was a Specialist Registrar in Cardiovascular Medicine with UK NHS.

Robert is CEO & Managing Partner of Lakeside Healthcare Group - one of the largest primary care ‘Super-Practices’ in the NHS. He joined LHG in 2014 and since that time, via a series of acquisitions and mergers, has grown the business to its current market-leading position.

He previously worked in a number of senior NHS/UK Government roles: he was the first National Director of Strategy for NHS England/National Commissioning Board; Director of Commissioning & Performance (COO) NHS Midlands & East Strategic Health Authority, with responsibility for over 25% of the NHS; and the first Policy Director at Monitor – the Independent Regulator of NHS Foundation Trusts. He has also served as Senior Healthcare Advisor to a number of overseas governments.

Fiona is an independent expert advisor on wellbeing, sustainability, and public health. She is a visiting Professor at UCL, a Senior Associate at Cambridge University’s Sustainability Leadership Programme and Chairs the Sustainable Healthcare Coalition.

Formerly, she was Bupa’s Chief Wellbeing and Public Health Officer, responsible for leading global commercial strategy on workplace health and wellbeing, prevention, behaviour change, partnerships, and sustainability. For five years, she was Deputy Chief Medical Officer and Director General in the UK Government responsible for Health Improvement and Health Inequalities followed by being Director of Chronic Disease and Health Promotion at the World Health Organisation.

Paul was formerly Chief Medical Officer at Bupa and had a global role ensuring quality and safety of services internationally. From 2010-12 he was the director of commissioning development at the Midlands and East Strategic Health Authority and from 2011-12 he was a medical advisor and primary care lead at The King's Fund.

Previously, in the mid-1990s he became interested in management and led the Fund Holding Consortium for Braintree. His work focused on waiting lists, national patient access and the Modernisation Agency.

James was appointed special advisor on health to Theresa May in January 2017. He was formerly a partner and managing director at Boston Consulting Group and before that he trained in medicine in Nottingham and worked as a junior doctor in the NHS.

James has over 30 years of healthcare sector experience as a doctor, consultant and government advisor. He has a incredible track record of designing strategy and policy that has driven change across large complex organisations and systems. He delivered well over a hundred projects across health and life sciences in UK and US. He also built BCG’s NHS practice.

James is a trusted advisor at board and senior ministerial level. brings strategy, organisational and change management skills; clinical and health systems expertise; ability to operate within the private, public and political environments.

James studied Medicine at Nottingham. He is a member of the Royal College of Physicians and gained an MBA from INSEAD.